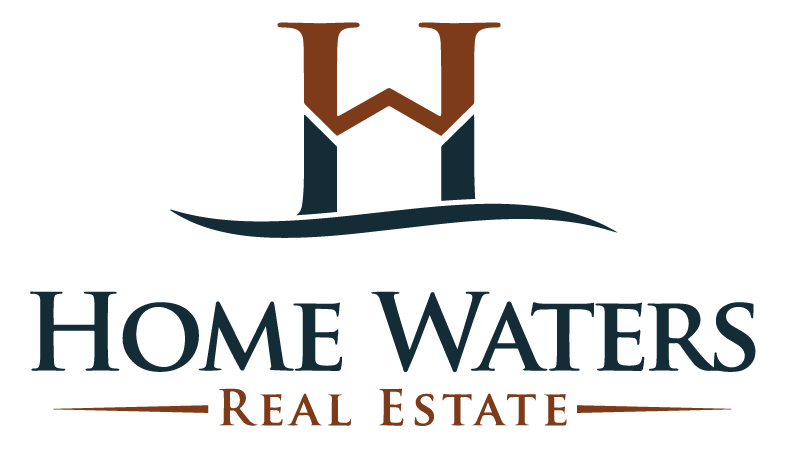 I hope you and your family enjoyed a terrific Thanksgiving this week. I had the pleasure of taking part in the tradition of going to Ford Field to watch The Lions get beat on Thanksgiving Day! We had a wonderful time with all of our family, eventhough our favorite team (by default) couldn't come close to pulling out a win.

There's plenty of early snow in Northern Michigan already, with more on the way, so you may want to plan an earlier trip this year to enjoy some skiing, snowmobiling or sledding! The ice is starting to form on many area lakes as well, so it looks like we may have a nice long season in the shanty! Happy Holidays!
Posted by homewaterschad No comments:

Mortgage rates fell dramatically to 5.75% for a 30 year fixed rate with no points down! That makes buying much easier for those who were running tight monthly payments. Although the media has been saying there is no money available, that simply isn't true. If you don't have a job, a decent credit score or any down payment money, you'll be looking at an uphill climb. If, however, you've managed to put away a few bucks, have maintained a good credit score and have a good work history, now is a terrific time to take advantage of not only the good rates, but low home selling prices. If you've been sitting on the sidelines on the assumption that you can't get into a home right now, it may be worth a phone call to one of our agents who can put you in touch with some lenders and see what can be done to get you into a home by the new year. Enjoy the Thanksgiving holiday!!! Go Lions!!! (I'm the eternal optimist as you can see!!!)
Posted by homewaterschad No comments:

As the stock market fell to five-year lows during the week, investors moved to less risky investments. Treasury markets were the primary beneficiary of the flight to safety, and Treasury yields reached the lowest levels in decades. Mortgage rates fell during the week as well, but to a much lesser extent.
The news during the week on inflation pointed to lower future levels. The October Consumer Price Index (CPI) inflation report showed a large monthly decline in the overall index due to lower oil prices. The core rate, which excludes food and energy, saw its first monthly decline in over 25 years, and the annual rate fell to 2.2% from 2.5% in September. Oil prices have continued to move even lower this month, which will be reflected in the November data. Lower expected inflation is almost always a good thing for mortgage rates. In the housing sector, October Housing Starts fell to a record low, and Building Permits, a leading indicator, fell 12%. These were weak numbers, but a decline in new home building will reduce the number of unsold homes on the market, which should help to stabilize home prices sooner. The recent decline in home prices has one bright spot. Combined with relatively low mortgage rates, homes have reached their highest level of affordability in four years, according to the National Association of Home Builders (NAHB). The NAHB index compares the cost of paying for a home, based on average home prices and mortgage rates, to the median household income. Increased affordability allows more people to participate in the housing market and should boost demand. For more information or for free mortgage advice please email me at corey@frontstreetmtg.com.
Posted by Front Street Mortgage No comments:

For mortgage markets, the biggest news of the week came from Treasury Secretary Paulson during an update on the $700 billion TARP rescue plan. Paulson surprised investors with the news that the Treasury has scrapped the original plan to purchase troubled assets from banks and will use the funds in other ways to support the still "fragile" financial system. Lawmakers and investors were provided few details about the anticipated future use of the funds, and this abrupt shift in plans added to the uncertainty confronting investors in recent weeks. While mortgage rates ended the week nearly unchanged from the prior week, daily volatility remained high. During October and November, movements in mortgage rates have been much larger than usual, primarily due to the high degree of uncertainty facing investors. Will there be a second major government stimulus package and what form will it take? What will be the impact of the extra debt issued to fund the government programs? Will other countries such as China have less money available to invest in US bonds, including mortgage backed securities, while they stimulate their own economies? Finally, how will the Treasury use the remaining funds from the $700 TARP rescue plan (discussed above)? Once investors have answers to these and other questions, we should see less volatility in mortgage rates. For more information or for free mortgage advice email me today at corey@frontstreetmtg.com.
Posted by Front Street Mortgage No comments:

Business is once again booming!

The failure of some of the nation's largest banks and a very volatile stock market had most of our once active buyers sitting on the sidelines for the month of September and a lot of October. As the election has neared however, many of those once active buyers have returned to the market with a host of new buyers to take advantage of end of the season deals on great Northern Michigan Properties. We just closed a very nice log home sale on The AuSable River and have four other offers in play on waterfront properties as I write this entry!!! Gas prices have fallen dramatically, the Dow is approaching 10,000 again and the election results should be in late tonight. That all adds up to more stability and more people having confidence to make long term financial decisions. If you've been considering the purchase of property up north, now is a terrific time to buy. It's also important to note that financing is readily available for anyone with solid credit and some down payment funds. I'm not sure where all the media reports have come from that, "no one will be able to get a loan," but we're just not seeing that to be accurate.
Posted by homewaterschad No comments: 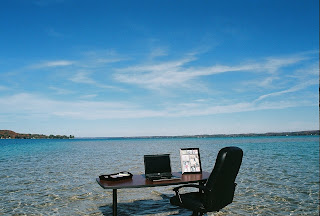 Quiet at the Sandbar?

It's not often that we get to enjoy 74 degrees on election day in Northern Michigan. As mentioned in a previous post, we're shooting some photos for some upcoming advertising and we had the chance to get out on The Torch Lake sandbar on a spectacular day to take the image to the right. Because everyone else' boat was either under shrink wrap or in a garage for the season, we were able to enjoy a rare quiet moment on the sometimes infamous spot. On hot summer days it's not uncommon to have 100 - 200 or more boats enjoying the hard sand and crystal clear cool waters of one of The Nations most spectacular bodies of water. It definitely has a different peaceful feel this time of year. If you haven't yet gone to the polls to vote, enjoy the weather and do your part to put your favorite candidates in office in 2009!
Posted by homewaterschad No comments: